The Subtle Stages of an Affair

Unfortunately, in my line of work I see a lot of people who have affairs.  I see people on all parts of parts of the spectrum as they move toward an affair.
Many people think they can engage in activity that moves them toward an affair and not be effected. This is nearly impossible.

The following list is adopted from a list that my pastor shared in a talk he gave this weekend.  I've added a few of my own thoughts. They are found in blue.

The Subtle Stages of An Affair:
1. Feeling like you’re under-appreciated and overlooked
--->A person here will tend to start to complain loudly about their spouse. 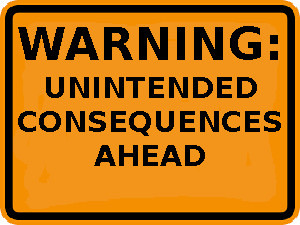 2. Sensing a dissatisfaction or an emotional vulnerability
--->The complaining intensifies and their becomes no way for the other person to do much right.
3. Loss of verbal communication and sexual connection
--->A quiet peace will often descend over the couple at this point as they disengage from each other. The absence of conlict becomes the goal, rather than goal of a healthy relationship.
4. Fantasizing about relational or romantic encounters with others
--->The person begins to lie to themselves about how much happier they'll be and why they "deserve" what they are seeking.
5. Overly friendly (flirtatious) behavior around opposite sex
--->Say hello to dopamine and other brain "happy" drugs.
6. Seeking out attention and affirmation from the opposite sex
--->Say hello to dopamine and other brain "happy" drugs.
7. Sharing with them disappointment with your current marriage
--->Blatant gossip and complaining commences. This often comes with an added feeling of having found a "confidant." The "happy" drugs in the brain begin to flow like a fire hydrant on a hot summer day that has been opened for kids to play in.
8. Getting specific with them about unmet needs and nagging frustrations.
9. Feeling like they listen to and relate to you…they understand and care
--->At this point the spouse is "competing" with someone they don't even know exists in a game they can't possibly win. The object of the affair lust doesn't have to deal with real life. The relationship feels real, but it is not.
10. Going out of your way to have more contact with them
--->Chasing what feels good, the person racing down the affair path begins to think about what they'll wear to work, can they go left when normally they would go right so that they can see the person who triggers their happy drugs? They are fully in the infatuation stage of the destruction. They rarely stop to think about what real life would be like, and when they do, they only see fantasy life. They discount anything the other person does that they dislike, while simultaneously magnifying the thing their spouse does that they dislike.
11. Letting them know that they make you feel special and valued.
--->Initial blatant overtures about romantic activity are beginning to occur.
12. (Waiting to see if they reciprocate emotional attraction)
--->The fake dance continues.
13. If they do, making a bold move either physically or verbally.
--->The fake dance culminates quickly moving toward climax.
14. Playfully talking about what you wish could happen with them
--->Justification for moving beyond the "next" line begins to be verbalized.
15. Setting up times to get together outside normal rhythms of life
--->"She's just helping me be a better husband." "He's just helping me to better understand my husband." Lies begin to be told inward and outwardly.
16. The romance moves from emotional to verbal to physical to sexual.
--->People here talk about how they would have never had sex or done whatever the next step would have been while ignoring that they have already done things that they said they would never have done. The most powerful lies are the ones we tell ourselves.
17. The physical act of sex occurs and the last of a thousand lines is crossed.
Few people are actually chasing an affair at first, they are often chasing other things that lead to the affair. But few people, if they are honest with the themselves, will deny that they knew where it was heading when they jumped on the path.
If you saw yourself in any of these steps, I can't encourage you enough to seek counseling.
Affairs are terrible storms that leave dark and deep swaths of destruction in their wake.
Counseling can help.

Forgiveness and Process: Who are you becoming?

It's been an interesting couple of weeks at my house.  It seems almost every area of our life is in some sort of transition. The start of the year has been somewhat hard.

So last Saturday, we decided on a whim to go to a local eatery for wings.

The food was good, the service was extremely slow. This lead to a continuing conversation about conflict, fear and life.

My wife commented that she sees so many people who become the things they most said they didn't want to become in life.

In other words, the person focused on not being their mom, will often become their mom.  My kids asked if I agreed with her and I told them that I did, without reservation.

They wanted to know why I thought this was so.  I told them that I thought focusing purely on what you don't want to become is not enough.

Invariably, you will become what you focus on. 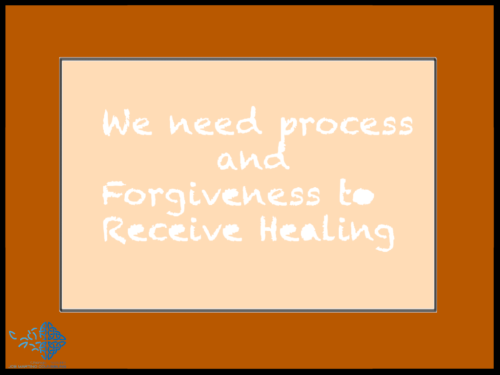 Ignoring it. Glossing over it. Embellishing it. Worshiping it.  Getting comfort from it.

Anything other than processing it, will lead to becoming someone who transmits the same types of pain to others.

So, let's say a person focuses on not being their Dad and they choose behaviors that are the exact opposite of their Dad, but never forgive their Dad and process through the pain he caused them, that person will transmit that pain to those they love.

You need focus and forgiveness.

You have to engage in both to truly experience change.

Often, that is our past. Especially, when our past has unprocessed hurts.

So what about you? What hurts from your past have you not processed? Who do you need to forgive? What are you focusing on? Who do you want to become?