Joe Martino
Start Here About Blog Buy my book Podcast Hire me to Speak Twitter YouTube Contact Marriage Conference
Media Monday (10). Life is hard, but we can do something about that.
Media Monday (11). Don't wait to be happy

Wait is this us? Thoughts on friendship and hurt.

Recently, my wife and I went out to dinner with friends. I was telling a story about how there was someone I had to interact with regularly, but I didn't trust the person.
The wife asked, "is this us?" 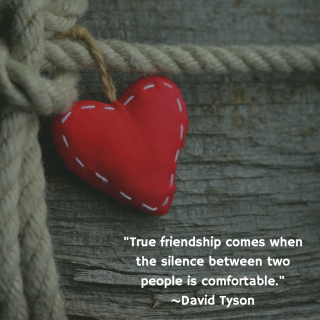 I replied, "Yes, that's exactly why we go out to dinner with you guys regularly." I wasn't being serious. I don't know for sure if the wife was being serious, but I suspect there was some serious wondering in there.

I suspect that because if I put myself in her shoes, I'd wonder.
I'd wonder because I've felt the hot sting of friendships I thought I had.

I imagine that we all have felt these things.

Unfortunately, it's not new. In 2000, a book called Bowling Alone, author Robert Putnum notes that Americans are engaging in community in decreasing terms regularly. I am unaware of another book being done with Putnam's research but it's hard for me to believe that community involvement has gone up in the last twenty-years.

Anecdotally, as I talk to people regularly, I hear about how more people are spending time alone.

In a world that is connected more than in any point in the history of the world, people feel more alone than ever.

I once was taken to task for saying that there was such a thing as bad teachers (not all teachers, but some) just like there are bad counselors, police officers and clergy.

"You can't say that about people who doing something for the good of others," I was told.

I had a friend that was supposed to be in the inner circle of my life. We had an agreement about what we would do if we ever engaged in certain behavior. We called it, "The Skinny Jean" agreement. As in, "If you ever wear skinny jeans, I can..."

Then he did one of the things on the list. I told him, "I love you and I hate what you are doing."

He stopped talking to me.

When I invited him to breakfast so that we could talk it through, he told me that I "scolded" him.
I apologized. He apologized.

We haven't talked to each other in a long time. 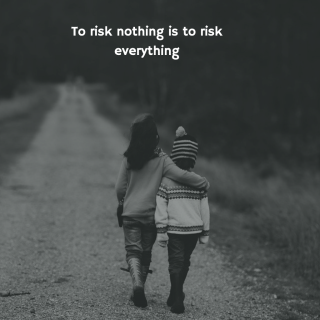 I still feel that wound of the hole left behind.

I think that's leads to another issue; as we age we collect hurts like a collection of small weights. Overtime, they weigh us down. They dampen our ability to reach out.

When I was in High School, there was a quote shared with me.

"To risk nothing is to risk everything"

I think for much of our society that is what we are doing. We are risking nothing. And in so doing, we are risking everything.

We're trying to keep ourselves from pain but shutting everyone else out. But that isn't healthy for us. That becomes part of the problem.

Because we need people. We need relationship.

Even with the pain those relationships bring.

May we all risk.

When we do, we will all be better for it. Science is clear on this fact. We are physically healthier when we have relationships that we care about and hold dear.

If you are interested I did a podcast inspired by this idea, which can be found here.

Posted at 06:53 AM in Relationships | Permalink | 0 comments