Your life is written by the choices you make: Thoughts provoked by Hamilton the Musical

Recently my daughter and I went to see Hamilton musical. When it first came out and took the nation by storm, I read the biography that reportedly inspired the production and I loved it. I was struck by a lot of things that struck me as relevant to our day and age. 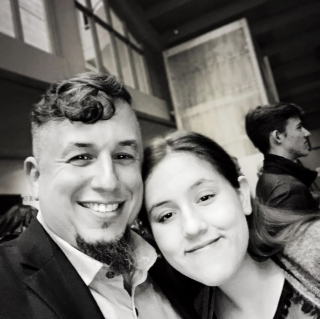 So many parallels between politics back then and politics today.  But something struck me in the production that I've been chewing over since I heard it.

Warning: If somehow you don't know the story there is a spoiler about to follow.

Aaron Burr is played by Jared Dixon (who in the opinions of my daughter and myself stole the show). At the end of the show Burr laments that despite whatever else he had done or would do in his life, he would be remembered for the killing of Hamilton. He sings something to the effect of, "Now, I'll just be the bad guy in your history books."

I've been chewing on that line. Because I think it can be true. There are things that we do that will forever color whatever legacy we leave to those who come behind.

Is it just me or do those statements seem contradictory to you? At first blush, they do to me.

But, I think one of the keys to a healthy emotionally life is the ability to hold two thoughts in tension.  And these two thoughts may be held in the highest tension.

Because, some readers of this will either already have made or will make in the future an epic screw-up. They'll do something that will shadow whatever else they do.

Except to the people that know them, really know them after the screw-up. For those people, the legacy will change. The mistake will become a footnote.

Because change is possible. Mistakes can be forgiven and made right.

My daughter asked me what I thought about the musical and I told her that I loved it because I believe there are only two stories ever told; stories of brokenness and stories of redemption. Sometimes, both brokenness and redemption are weaved throughout the story.

To me, that is what makes Hamilton so profound. It tells the story of brokenness and redemption. It shows the messiness that is life.

So to you, my friend and reader I want to offer some encouragement. Your life may be messy. It may be full of regrets. It may be marred by a mistake on a grand scale.

But those things are not the totality of your story. They are not the whole of you. You can leave a legacy of whatever you want to leave.

That legacy will be determined by the decisions you make moving forward from today.

Whatever the situation, you can write your way out by the life you choose to live moving forward.